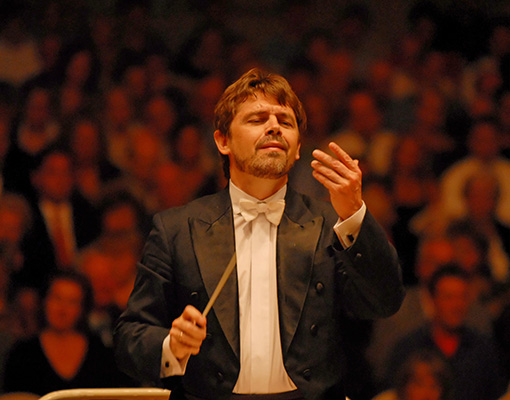 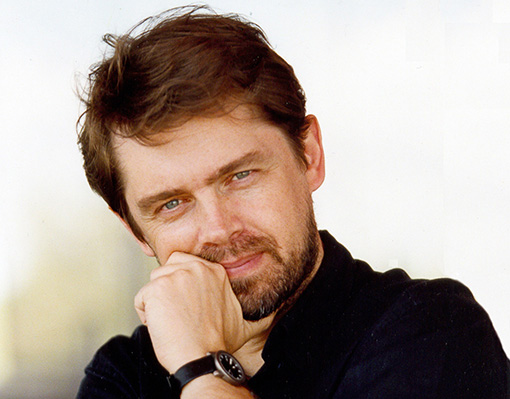 Now in his seventh season as Music Director of Artis—Naples, Andrey Boreyko’s inspiring leadership has raised the artistic standard and brought a new intensity to the Naples Philharmonic. The driving force behind the continued creative growth of this multidisciplinary organization, Boreyko continues to explore connections between art forms through interdisciplinary thematic programming. Significant projects during his tenure have included pairing Ballet Russes-inspired contemporary visual artworks of Belgian artist Isabelle de Borchgrave with performances of Stravinsky’s Pulcinella and The Firebird and commissioning a series of compact pieces by composers including Giya Kancheli to pair with an exhibition featuring small, but personal works by artists such as Picasso and Calder that were created as special gifts for the renowned collector Olga Hirshhorn.

A passionate advocate for rarely performed and undeservedly forgotten works, Boreyko championed compositions by Victoria Borisova-Ollas in an extensive concert and recording project with the Royal Stockholm Philharmonic Orchestra in 2017. As part of the Prague Spring Festival 2018, Boreyko conducted the Prague Symphony Orchestra in Jan Novak’s Dido and later that year returned to conduct Zdeněk Fibich’s rarely performed Vodnik. He returned to Rundfunk Sinfonie Orchester Berlin in February 2018 with a performance of Valentin Silvestrov’s Requiem for Larissa.

Notable amongst Boreyko’s discography with the Radio-Sinfonieorchester Stuttgart des SWR (of whom he was Principal Guest Conductor), are Arvo Pärt’s Lamentate and Valentin Silvestrov’s Symphony No. 6 (both for ECM records), the premiere recording of his original version of the Suite from Lady Macbeth of Mtsensk and Shostakovich symphonies No. 1, 4, 5, 6, 8, 9 and 15, both on Hänssler Classics. He has also recorded Tchaikovsky’s Manfred Symphony with the Düsseldorfer Symphoniker, and Lutosławski’s Chain 2 with the Los Angeles Philharmonic for Yarling Records. Nonesuch released a recording of the Górecki’s Symphony No. 4 with the London Philharmonic Orchestra, shortly after Andrey Boreyko conducted the work in concert with them, subsequently performing the American premiere with Los Angeles Philharmonic. Of his (recently released) live recording with Poznan Philharmonic from 1995, Ivan Moody in the August 2018 Gramophone magazine writes “Boreyko is masterly in sustaining the tension throughout the movement, right to the almost motionless final chords. Boreyko knows exactly what he is doing – again, the tension never flags and the pacing is exactly right – and Iżykowska is simply superb, perfectly at one with the orchestra. If you have not already guessed, I was in tears almost throughout the disc. Even if you have every other recording of this work in the catalogue, you should still buy this one. It is a masterly performance of a masterpiece”.

From 2012 Andrey Boreyko was Music Director of the Orchestre National de Belgique, a post he held with great commitment for five years, expanding the Orchestra’s activities nationally and internationally, including an annual performance in the Amsterdam Concertgebouw. His first position in Europe was as Chief Conductor of Poznan Philharmonic. He has also held the positions of Chief Conductor of the Jenaer Philharmonie (of whom he is now Honorary Conductor and with whom he received awards for the most innovative concert programming in three consecutive seasons from the Deutscher Musikverleger-Verband), Hamburger Symphoniker, Winnipeg Symphony, Berner Sinfonieorchester, and Music Director of the Düsseldorf Symphoniker.