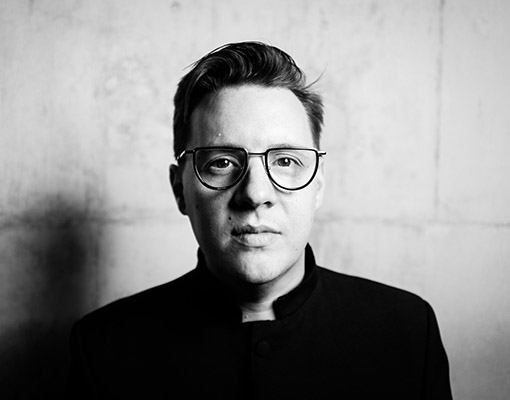 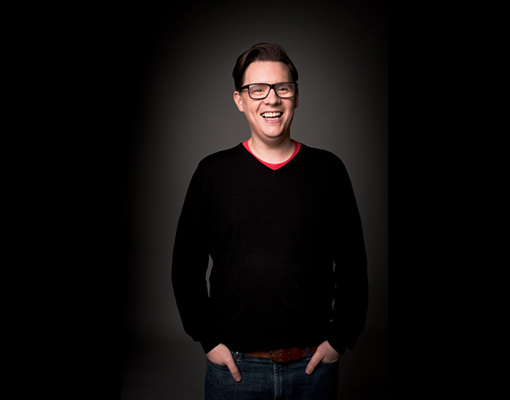 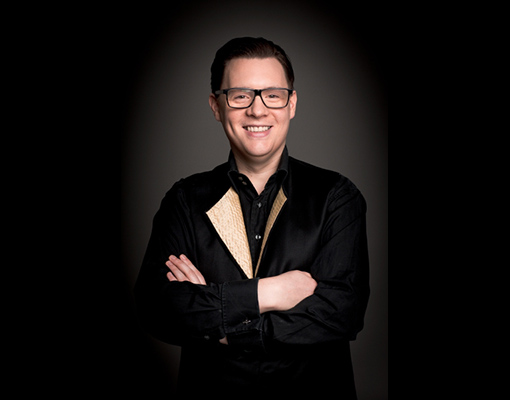 “The energy was infused by Bates’s individual approach to these set pieces, poised at moments of elation or despair within the action of the opera. He introduced an improvised feel to the da capo arias, with intricate, unexpected and wild ornamentation, which Crowe achieved to perfection… The strings of La Nuova Musica, led by Matthew Truscott [of the OAE], impressed in Mozart’s Serenade in D and burnished the familiar Allegro from Eine kleine Nachtmusik... Bates, Crowe and La Nuova Musica made music as one, a moving and vital presence and a musical relationship to be treasured and developed even further.”

Directing from the harpsichord, David makes his debut for Glyndebourne-on-tour with Robert Carsen’s exuberant production of Rinaldo featuring countertenor Jake Arditti in the title role and Anna Devin as Almirena. Performances take place on October 26, 29 and November 1 (all in Glyndebourne), before touring the UK from November 8 until December 6. This season, he also conducts Serse (with Jakub Orlinski) for Opera de Rouen and Ariodante for the London Festival of Baroque Music with his own group, La Nuova Musica.

Previous opera productions have included Xerses at Iford Arts, Cesti’s L’Orontea at the Innsbrucker Festwochen, Cavalli’s La Calisto for Cincinnati Opera (directed by Ted Huffmann), James Darrah’s production of Iphigénie en Tauride at the Lisbon’s Teatro São Carlos and Vivaldi’s Il Farnace with the Tony Award-winning theatre director Garry Hynes at the Spoleto Festival in the US. In December 2020 he will make his conducting debut with the Irish Baroque Orchestra in Handel’s Messiah.

A graduate of the Royal Academy of Music in London and of the Schola Cantorum Basiliensis, David Bates initially embarked on a professional singing career before turning to directing/conducting. Inspired by his work with such renowned conductors as Sir John Eliot Gardiner, Mark Minkowski, Andrea Marcon and Nicholas McGegan, and driven by a desire to articulate his own musical vision, he founded La Nuova Musica, a vocal and instrumental ensemble dedicated to the music of the Baroque and Classical periods. Now in their tenth year, La Nuova Musica appear throughout the season in St John’s Smith Square, commence a three-year residency for Brighton Festival in 2020 and return to the Bath MozartFest in November 2019, having closed their 2018 festival with a memorable performance of Haydn’s The Creation.  They are regular visitors to Wigmore Hall and have a substantial residency planned for 2021/22 focussing on Monteverdi. In 2015 they embarked upon a series of concert performances of Handel for the London Handel Festival, performing Acis and Galatea, Berenice, Il Trionfo del Tempo e del Disinganno, Il Duello Amoroso, Apollo e Dafne, Orlando, Alcina, with have yet to perform Ariodante and Rodelinda.

Their first release for Pentatone is Gluck’s Orfeo ed Euridice with Iestyn Davies, Sophie Bevan and Rebecca Bottone recorded live from concert, and reviewed at the time by Opera Now as “… a subtle, vivid and detailed performance of Gluck’s original 1762 Orfeo ed Euridice at St John’s by David Bates and La Nuova Musica was just as intense and pleasurable – and a reminder how under-performed Gluck is. This was all about sounds and textures, a physical enjoyment of the half-hidden, frisson-inducing details of a passing discord or suspension, a drawn-out cadence, a viola line”. Their CDs for Harmonia Mundi, all of which have garnered outstanding reviews and received ‘Le choix de France Musique’ and ‘Editor’s Choice’ by Gramophone Magazine, includes Handel Dixit Dominus, Charpentier and Carissimi Histoires Sacrées, Couperin Leçons de Ténebres with Lucy Crowe and Elizabeth Watts and Pergolesi Stabat Mater.

As an assistant, he has worked with Emmanuelle Haim (including Opera de Paris and Opera Zurich) Ivor Bolton (Teatro Real) and, at Glyndebourne, with William Christie and Laurence Cummings.