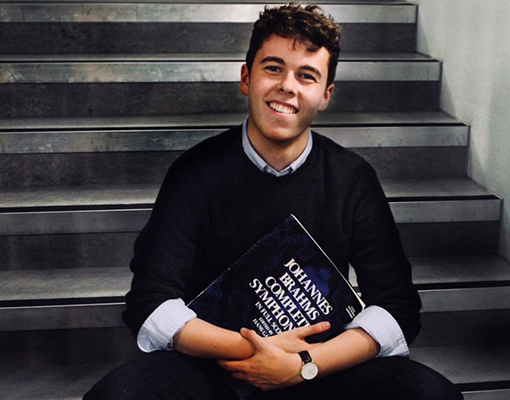 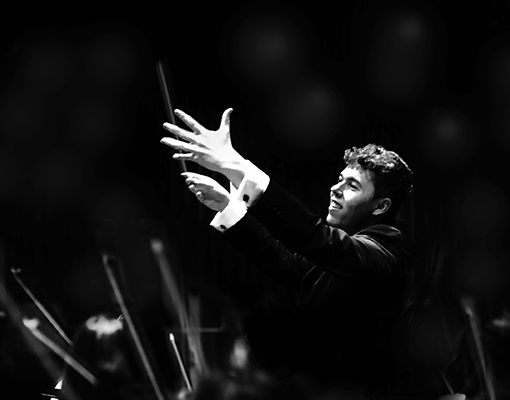 Praised by orchestras for his inspiring musicianship, British conductor and pianist Angus Webster is one of the most promising young musicians of his generation. Since winning joint top prize and the orchestra prize at the Panula International Conducting Competition in 2018, Angus was selected to become one of the first Salonen Fellows at the Colburn School in Los Angeles where he has been studying under the personal mentorship of world-renowned conductor Esa-Pekka Salonen.

In October 2019, Angus presented and conducted a series of educational concerts in Los Angeles with Colburn School’s Zipper Orchestra. In addition to his work at Colburn and in assisting Salonen with his engagements around the world, Angus made his début with the Philharmonia Orchestra in February 2020 conducting two concerts including Beethoven’s Symphony No. 3 ‘Eroica’ and Brahms’ Symphony No. 2.

Born in 1999, Angus spent most of his childhood in Cornwall, England and began his musical education aged six with piano lessons from Elena Needham. Aged nine, he started producing and presenting a classical music programme live on local radio in Cornwall, and three years later Angus made his conducting début with Cornwall Youth Orchestra in Tchaikovsky’s Romeo & Juliet. He was later appointed principal conductor, and together they went on to receive national acclaim with invitations to perform at Birmingham Symphony Hall and the Royal Albert Hall in London.

Angus is also a passionate chamber musician and enjoys collaborating as a pianist with many outstanding young musicians from around the world. He has studied piano with Alasdair Beatson at the Royal Birmingham Conservatoire, viola with Tim Boulton, conducting with Patrick Bailey, and chamber music with Ferenc Rados and Rita Wagner at the International Musicians Seminar, Prussia Cove.