“…Stravinsky [The Rite of Spring] with remarkable authority and panache… you were nevertheless asked what a highly regarded young conductor would make of the Stravinsky cornerstone in the large repertoire. I didn’t think it would be so good. Kamps wants to relive the primal experience. It was lightning and hunting, devouring and swearing roughly moved but crystal clear, a remarkable synthesis of action painting and fine painting. There is certainly more talent, but this performance was impressive proof that symphony orchestras should ask Kamps for the prestige pieces as soon as possible before he leaves for countries where they can.” [translated from Dutch] 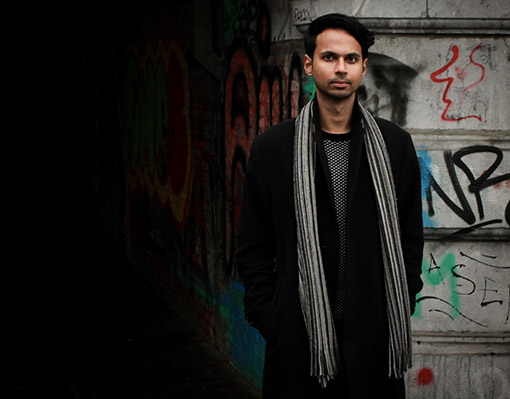 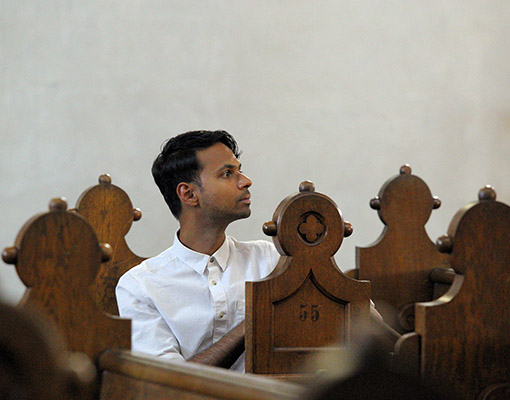 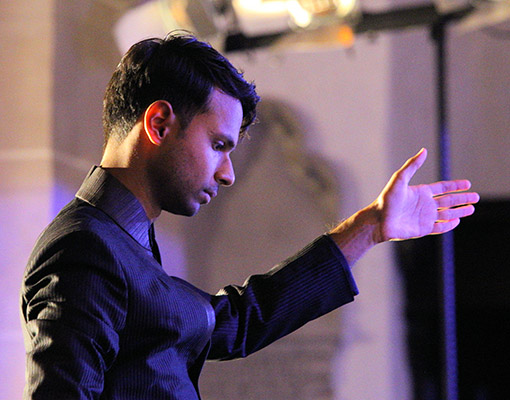 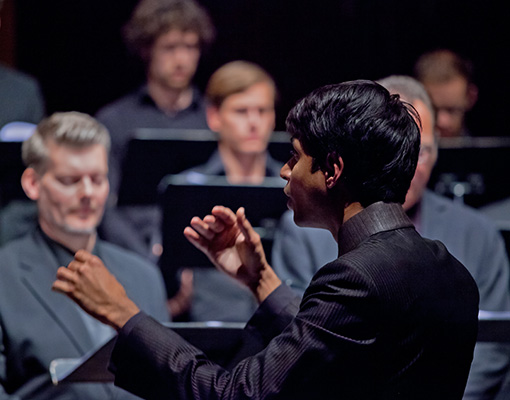 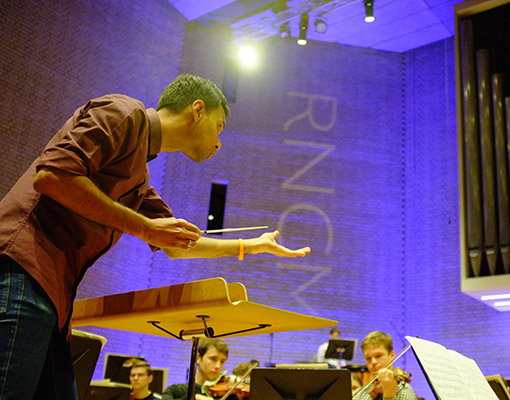 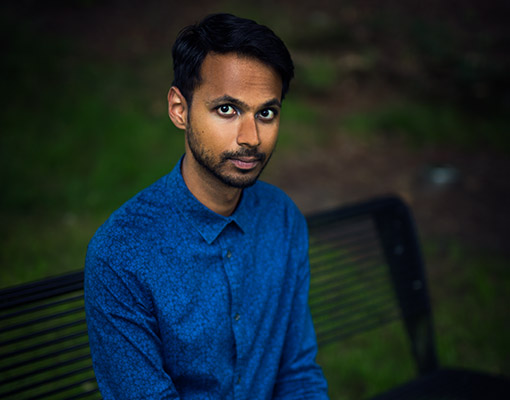 Manoj Kamps makes his UK opera debut in autumn 2019 conducting Opera North in a performance of Handel’s Giulio Cesare, having acted as assistant to Christian Curnyn on this production. He also conducts the première of Calliope Tsoupaki’s Bosch Requiem at November Music in Den Bosch and at the Muziekgebouw Amsterdam, HERMESensemble at the Transit Festival in a programme of Wim Henderickx, Annelies Van Parys and Vykintas Baltakas, and conducts The Rite of Spring at the Amsterdam Concertgebouw with the Nederlands Studentenorkest as culmination of a substantial tour of the Netherlands in spring 2020.

Last season, he conducted the world première of Hilda Paredes’ Harriet at the Amsterdam Muziekgebouw. Featuring Claron McFadden, for whom this was written, the production with Muziektheater Transparant and HERMESensemble subsequently appeared at the Cervantino Festival (Mexico), Huddersfield International Contemporary Music Festival, Rotterdam Opera Days, the Théâtre de la Croix-Rousse (Lyon), and deSingel (Antwerp). Manoj Kamps made his US debut with the semi-staged première of MILA, Great Sorcerer by Andrea Clearfield at New York’s Prototype Festival 2019 with The Knights and the New York Virtuoso Singers, and conducted the Dutch première of The Gender Agenda by Philip Venables with Asko|Schönberg Ensemble. Manoj made his debut with the Brussels Philharmonic Orchestra in Speel het Hard! which was broadcast live on Klara and online, and served as assistant conductor on the Nederlandse Reisopera’s acclaimed production of Korngold’s Die tote Stadt with the North Netherlands Symphony Orchestra under Antony Hermus.

Contemporary music has always been a cornerstone of Manoj’s career and he has conducted premières by Michel van der Aa (The Book of Sand, a digital project created by the composer), Peter Eötvös (Dutch première of da capo with ensemble Ludwig), Karlheinz Stockhausen (Dutch première of Mikrophonie II) and Louis Andriessen (first performances of early works, under the composer’s guidance) amongst many others, at festivals including the Holland Festival, the AAA Festival of the Royal Concertgebouw, Aldeburgh Festival, Gaudeamus Festival and Musica Sacra Maastricht.

Highlights of previous seasons include his debut with the BBC Philharmonic in a selection of tone poems as well as Vivier’s Lonely Child, the world première and European tour of the chamber opera Be With Me Now at the Festival d’Aix-en-Provence, a new production of The Fairy Queen for Nederlandse Reisopera, Side by Side at Ulster Orchestra, Carte Blanche featuring music by Vivier with Cappella Amsterdam, and Connect with Asko|Schönberg Ensemble.